CLEVELAND, OH (October 18, 2021) – The Ohio Chapter of the American Planning Association (APA Ohio) is pleased to announce winners of the 2021 Ohio APA Planning awards. Our biennial awards program honors outstanding planning and planning leadership in Ohio, recognizing the highest levels of achievement. This is an opportunity to highlight the best and brightest plans, projects, and people in Ohio.

The Ohio chapter collaborated with our fellow committee in Michigan, and a group of volunteers reviewed and scored each entry based on their innovativeness, transferability, overall quality, implementation, relevance, and community interaction. The jurors expressed their appreciation for the broad collection of entries, and the inspiration they drew from their creativity.

The following nominations are the recipient of a 2021 APA Ohio Planning Awards:

This category recognizes the development of an innovative planning tool, practice, program or process. In the City of Columbus, tree canopy has been identified as vital city infrastructure, as trees reduce urban stressors” cleaning the air and water, improving public health, providing shade, reducing heat stress and energy costs, intercepting stormwater and much more. However, no long-term strategic planning has ever been done in Columbus for tree canopy. The Urban Forestry Master Plan serves as a blueprint to improve Columbus residents' quality of life through investment in urban trees. The 2021 Columbus Urban Forestry Master Plan is the first citywide, long-term strategic plan to prioritize, preserve and grow Columbus' urban forest.

This award recognizes an existing built project of unusually high merit. The Cuyahoga Community College (Tri-C) Metro Campus & Sankofa Village Transformation Plan is a cumulative, comprehensive effort to create improved connections between both people and places within Cleveland's Central neighborhood that began with a HUD funded planning grant. The first three phases of the Central Choice Plan's implementation include a 60-unit multi-family building with resident amenities, as well as 125 townhome units, new parking, a new street and a new linear park and playground at Sankofa Village. Uniting with a plan that transforms Tri-C’s formally brutalist inward facing campus into a lush, green neighborhood-facing asset has resulted in new connections that bridge once-separated places and help unite a transformed neighborhood that better serves both residents and students alike.

This award honors a comprehensive plan of unusually high merit completed by, for, or within an Ohio jurisdiction with a Census population of 100,000 or more. In 2018, County leaders realized that Wayne County needed to take deliberate and decisive action to preserve their rural heritage while managing growth and change. Tensions between some of the growing incorporated areas and the County had increased due disagreements regarding where development should take place and how it should relate to traditionally rural areas. Taken together, these trends signaled that new approaches were needed to promote a positive future for Wayne County. The result is a plan that not only works for professional planners but one that also speaks to the community at large. It broke through the noise and seeming disagreement, resulting in buy-in for successful implementation, including major successes that have already been realized since the plan was adopted in late 2019.

For a comprehensive plan of unusually high merit completed by, for, or within an Ohio jurisdiction with a Census population of less than 100,000. The Solon Connects Plan not only seeks to improve physical pedestrian and bicycle connections within the community and beyond, it also supports and maintains Solon resident's renewed interest in walking and biking. The COVID-19 pandemic touched or impacted everyone's day to day life in some way, but there were signs of hope as residents across Northeast, Ohio began to rediscover the active transportation options, or lack thereof, in their communities once again. The foundation of the Solon Connects Plan is to maintain and build off that momentum by establishing a more inclusive network for all ages and abilities by creating facilities with equitable and safe access for everyone. The Solon Connects Plan is the culmination of resident's desire for a safer and highly accessible network that utilizes best practices and policies effectively to build stronger active transportation connections in Solon.

The student showcase recognizes a student or group of students in an Ohio undergraduate or graduate planning curriculum for excellence on a particular scholarly or community service project. The Ohio State University's Knowlton School of Architecture’s City Planning Graduate Studio developed the first-ever Multimodal Mobility Plan for the Village of Byesville. This plan tackled mobility issues in a rural, Appalachian town to increase options for safe, ADA-compliant pedestrian and bicycle transportation. The studio began in 2021, but due to health guidelines established to combat the COVID-19 pandemic, the students were not able to travel to the village for on-site assessments. Instead, one student in an independent study course, as well as the Transportation Director from the Ohio Mid-Eastern Governments Association were able to provide applicable footage using small unmanned aerial drones. This innovate approach allowed for a large amount of data to be collected in a short amount of time, while maintaining all social distancing protocols. The resulting Multimodal Mobility Plan for the Village of Byesville is a transformative document that maps the way for the village to tackle challenges with connectivity, ADA-compliance, and walkability developed by the students from the Ohio State University.

In honor of David Joseph Allor, a professor of urban planning and head of the School of Planning at the University of Cincinnati, the Allor Planning Champion Award recognizes an Ohio citizen, elected official or planner for outstanding achievement and contribution in promoting the principles of planning and the planning process; for ongoing support of and advocacy for planning; and/or for distinguished service on local planning and zoning boards / commissions.

Ann Schenking retired from the City of Dayton in July 2020. A lifelong Daytonian and champion of urban neighborhoods, Ann's 40-year career has had a long-lasting impact on the City of Dayton and the field of planning. She spent her entire career educating and training citizen planners and the public. Throughout her career, Ann worked on many interesting and important projects. She coordinated the completion and adoption of Dayton's comprehensive plan. She worked with a team on the Phoenix Project to strengthen several neighborhoods in northwest Dayton, assisted with a successful effort to bolster and update the Source Water Protection zoning regulations, and staffed the Plan Board. Through the APA, Ann has been the backbone of the Miami Valley Planning and Zoning Workshop. While she was working at Montgomery County, Ann was tasked with brainstorming ideas to provide a one-day workshop as a low-cost training opportunity for members of area planning and zoning commissions. Ann broached the idea to colleagues in the Miami Valley Section. They thought it was great, and 35 years later it's still going strong. Ann remains a trusted mentor to many of her former colleagues as well as other planners in Dayton and throughout the Miami Valley region.

Congratulations to Ann on her retirement from all of us at the APA.

This award was newly created in 2021 to recognize a person, policy or community engagement process which exemplifies the professional ideas of Mr. Krumholz, FAICP, a Professor in the College of Urban Affairs at Cleveland State University, Planning Director of the City of Cleveland, APA President, author and founder of the concept of equity planning, and life-long champion of advocacy for the poor and powerless in our communities. A strong civil rights advocate, he understood the need for planners in government to work strategically with communities of color and grassroots movements. Awardees demonstrate how achievements and actions further the cause of equity in planning and set new standards and/or push boundaries around the subject of equity.

A transformed neighborhood through an intentionally different process. A strengthened community through meaningful conversations and authentic relationships. A people-centered process through resident-led planning and design. These guiding tenets provided the foundation for the Cleveland's Woodhill Choice Neighborhood Transformation Plan. Funded by the United States Department of Housing and Urban Development (HUD) awarded to the Cuyahoga Metropolitan Housing Authority, this initiative leverages significant public and private dollars to support locally driven strategies that address struggling neighborhoods with distressed public housing. Through the planning both the housing and surrounding neighborhood will be transformed with improved connections, beautiful homes, healthy spaces, economic development and comprehensive services that meet the real needs of the community as identified by the community. Ms. Marilyn Burns, Woodhill Homes public housing resident, expressed the following sentiment about the planning process: “City Architecture's valued partnership has been a beacon of light and an inspiration to us all. They have taken the time to understand the importance of community engagement and resident connections. The hours they have spent working with the neighborhood have made them a part of the Woodhill Homes family, and we could not have asked for a better relationship with them.”

In 2015, Maple Heights faced a crisis when it defaulted on its debt and entered a state-mandated fiscal emergency. The following year, Annette Blackwell was elected the first female and first African-American Mayor of this city of more than 22,000 people, with a mission to restore prosperity and improve quality of life. In 2017, Maple Heights received a grant from the Cuyahoga County Planning Commission to develop a Master Plan. At an early scoping meeting, the Mayor was asked her goals of the planning process, to which she responded, “the people of Maple Heights need a coffee shop.” The desire for a coffee shop belied the Mayor's deeper goal that Maple Heights is a community that deserves equal access to a higher quality of life. Under the Mayor's leadership, local church groups began to staff basketball courts in Stafford Park to reduce crime. To address the city's fiscal crisis and provide employment opportunities, Mayor Blackwell led development efforts that attracted GOJO, the maker of Purell, to open a $25 million facility. The company agreed to make efforts at hiring locally, so those living within the city would directly benefit from the development. Infill housing, a goal of the city's Master Plan, was constructed in historically red-lined neighborhoods and the investment not only created new homes, but also re-established a sense of pride among nearby residents. Mayor Blackwell's determination to better her community and address historic inequities epitomizes the legacy of Norman Krumholz via her belief that planning and implementing an equitable vision for her community can lead to meaningful and positive change for all.

Please visit www.ohioplanning.org/awards to see our previous winners, and where this year’s recipients will be posted. But most certainly, go and visit each of these or look up the plans created, and we hope you’ll be as inspired as we are by the planning excellence they represent.

Because we plan, amazing work is being implemented across Ohio.

About APA Ohio:
APA Ohio is a statewide, non-profit association of citizens and professional planners committed to promoting and enhancing planning and the quality of planning for all governmental entities in order to maintain and improve the quality of life for all Ohioans.  APA Ohio is a state chapter of the American Planning Association (APA). APA Ohio encourages legislation and action programs to enhance sound planning at the state, regional and local levels. APA Ohio operates under the guidance of a volunteer Board of Trustees elected from the general membership. Chapter sections include Cincinnati, Cleveland, Columbus, Miami Valley and Northwest. Visit www.ohioplanning.org for additional information. 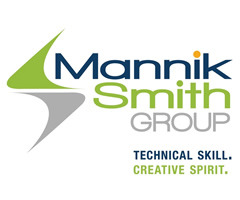 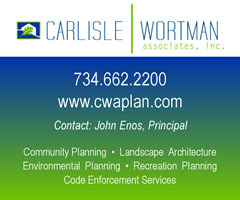 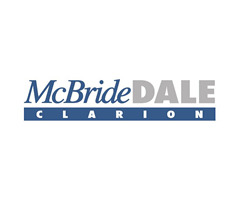 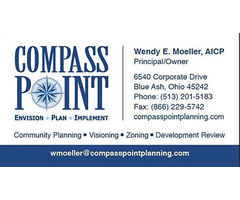 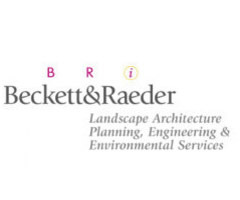 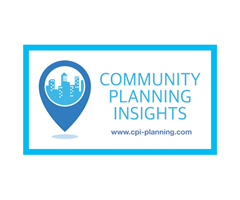 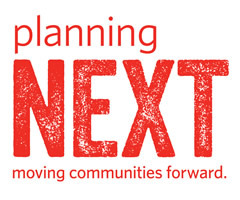 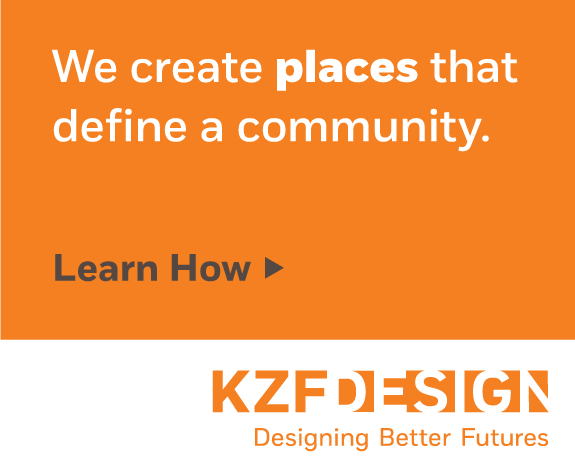 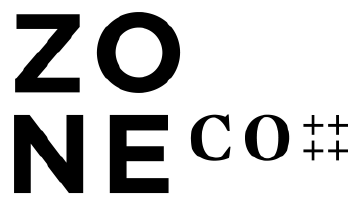 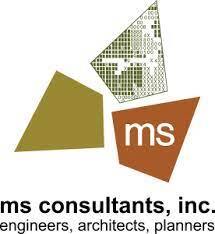 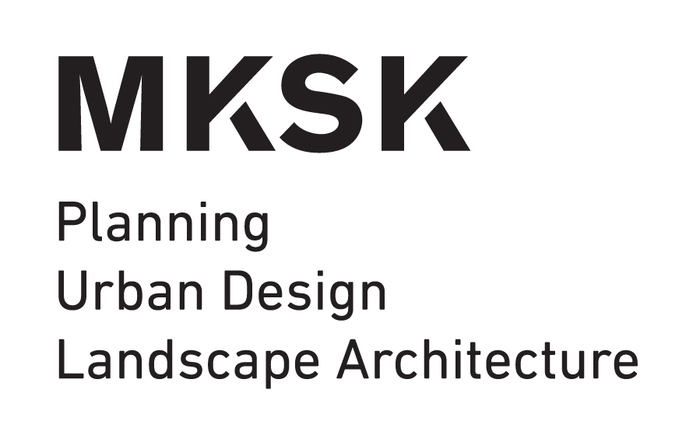 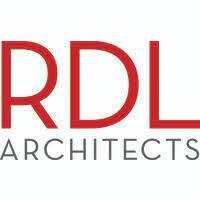